Pierre Shale 73 –70 million years ago: The Visitor and Nature Center, and most of Colorado Springs are built on top of the Pierre Shale formation. The Pierre Shale formed when Colorado was under a deep ocean. Sea sediments, mostly mud and clays, formed this layer, which is around 5,000 feet thick. Fossils, such as ammonites and mosasaurs have been found throughout the Pierre shale. 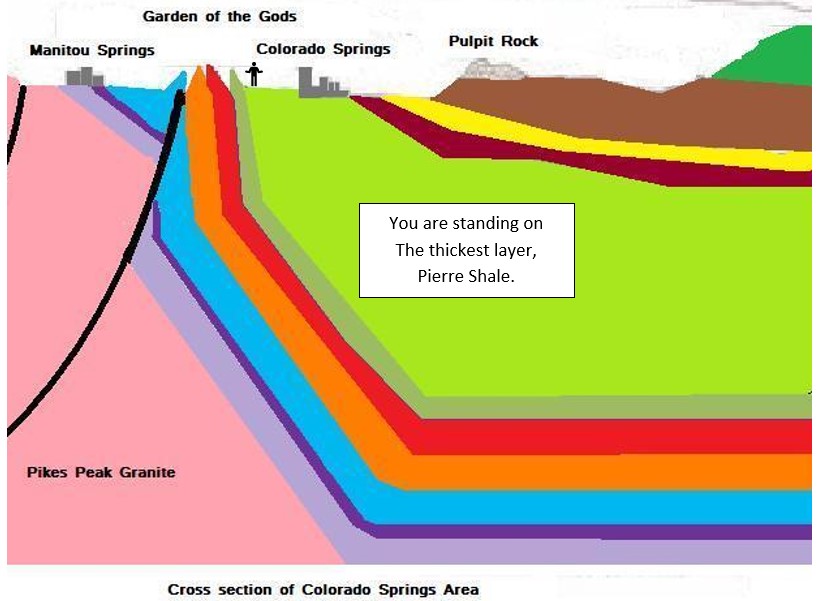